AUG Summit 2022 was awesome. I know because I was there. Will there be an AUG Summit 2023? Short answer: it depends on Acumatica.

Apparently the AUG Summit 2022 event back in September that I attended (along with 140+ other people) got noticed by Acumatica.

Here are some quotes from the blog post, with my snarky commentary underneath each quote 😀

“Acumatica has future plans for a customer focused event, which is great news, and the AUG Summit held in Atlanta would represent a competing event.”

My understanding is that AUG Summit 2022 was financed entirely independently from Acumatica. That’s quite a heavy lift and, being there in September, I could tell that there was a lot of work that went into it. If I were Acumatica, I would applaud the effort and help promote AUG Summit 2023 rather than shut it down.

I would love to see the details of those plans, if they exist. The message seems to be: “Thanks Joel for all your hard work pioneering this. Since it was successful and people were interested, we’ll take over from here.” Sadly, this attitude can be seen in other areas too, like I documented in this blog post about Acumatica and ISVs (click here).

“Acumatica stated that going forward, larger events of this type could not be designated as Acumatica User Groups.”

I thought that Acumatica was promoting Acumatica User Groups. The message here seems to be that, if you grow your group too much, then it’s no longer a User Group. That’s weird.

“Does it matter if the event is called a User Group versus a User Conference as long as it brings value?”

This seems to be more about control than about the name. In my opinion, Acumatica merely pays “lip service” to user groups. Acumatica doesn’t really want customers talking to each other without someone from Acumatica involved in the conversation.

“When will Acumatica officially announce its Customer event?”

That’s a great question Joel. Personally though, I would drop the “when” and simply ask, “Will Acumatica officially announce a customer event?” Time will tell.

Feel free to leave a comment below with your thoughts. 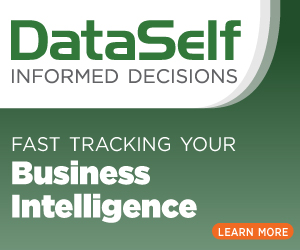