Yesterday I did a double take when I saw the following in my RSS reader. I tend to skim quickly through RSS stuff, but this article definitely caught my attention.

Why did it catch my attention?

Well, because I used to work for NexTec.

I owe a lot to the good people at NexTec. Before working there, I had no idea what ERP even was.

While at NexTec, I learned a lot about ERP and realized that I wanted to focus my career on it. The owners and consultants there spent a lot of time with me and I sucked as much knowledge out of them as I could. They were very patient, gracious, and provided a lot of insight.

NexTec introduced me to blogging because all of us consultants took turns putting together a blog post on the company blog. Click here for a look at my first posts.

Blogging introduced me to the ERP blogosphere and the near infinite amount of quality ERP information that is available on the internet. I have been hooked ever since and I continue to drink from the fire hose of information that dumps into my RSS reader every day.

What does this mean for Acumatica?

In my opinion, this is a HUGE win for Acumatica because they get a major player on the list of top 100 VARs.

The VARs on this list have been slowly adopting cloud products over the past few years.

However, it is interesting to note that the VARs towards the top of the list have been slow to adopt. Bob Scott even points this out in his report:

Yes, the cloud continues to have a major impact in the market. This year, a majority of firms, 55, carry at least one cloud product. That compares to 44 in 2014. However, the number is heavily concentrated in the second half of the list. Thirteen of the last 20 firms carry cloud products while only eight of the top 20 do.

I have two opinions on why they have been slow to adopt: 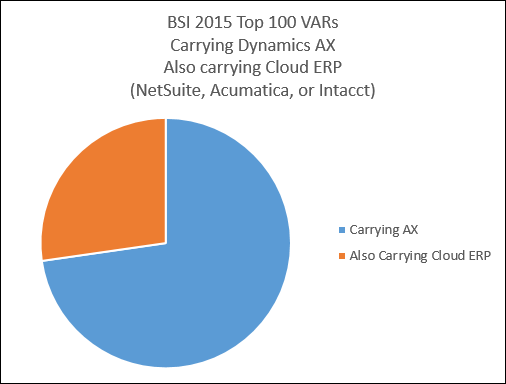 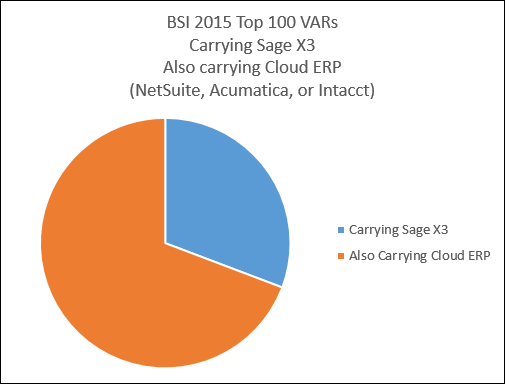 I think it’s important to keep this graphic in mind when looking at which Cloud ERP products get picked up by the larger VARs in the next few years. 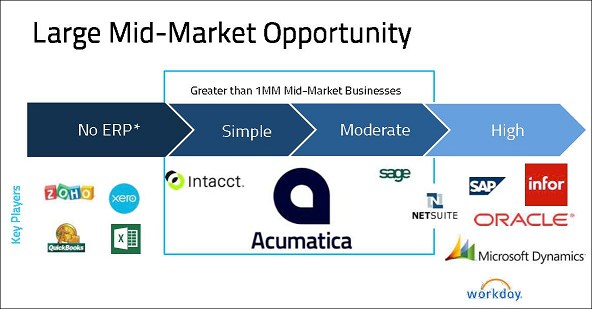 The larger VARs (excluding the Dynamics AX ones) all tend to have a portfolio of products, not just one product. So, the Cloud ERP product that they choose will be widely influenced by where they want to position it in their existing portfolio.

But, regardless of what influenced NexTec’s decision, it is definitely very good news for Acumatica.