When I modify a report using the Acumatica Report Designer, I personally like to open the report directly from the server. Then I don’t have to download a copy and then upload my new version.

However, when I first tried to use the File -> Open From Server… option, which looks like this: 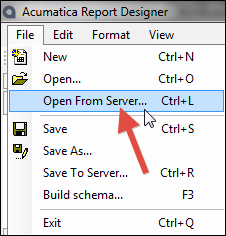 I got the following error when I tried clicking the Load reports list button and no reports appeared in the drop-down list:
Error during login: PX.Data.PXUndefinedCompanyException: Unable det…

The reason? Multiple companies. I confirmed that this was the problem by deleting my other companies so that I was down to only one company. Then I tried again and was able to click the Load reports list button without getting the error. And all the reports show up which is what I wanted.

So how do you load your reports when you have more than one company? You just need to put @ then the company name after your login like this:

As you can see from the picture above, the list of reports now appears after I clicked the Load reports list button.

Also, don’t forget to capitalize letters that should be capitalized. Otherwise you will still get the same error (note lowercase “d” below):

Now, which company name should you use? Is it an ID, a name, some secret code?

Nope, just use the company name as it appears on the regular Acumatica login page: 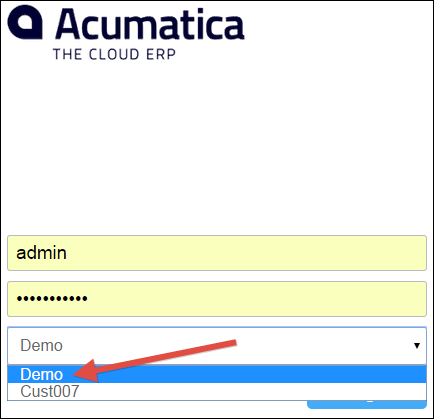 And that’s it! Now you can access your Acumatica reports directly from Acumatica Report Designer, even if you have more than one company.