This post is part of a two year series of posts related to the out of the box reports in Acumatica. For a full list, click here.

The Transactions for Period (GL633000) report in Acumatica allows you to look at each General Ledger account and see all the individual Journal Transactions that posted to a financial period range that you get to specify.

You get to see all the journal entry batches that were posted during the period range so you can easily explore the detailed general ledger activity. Accountants like this kind of stuff.

You can also click on the batch number to be taken to the Journal Transactions (GL301000) screen for that batch. Note: the screenshot below is only showing batches that originated in the GL module, but the report will show you any batch, regardless of the originating module.

Here are some screenshots from the report: 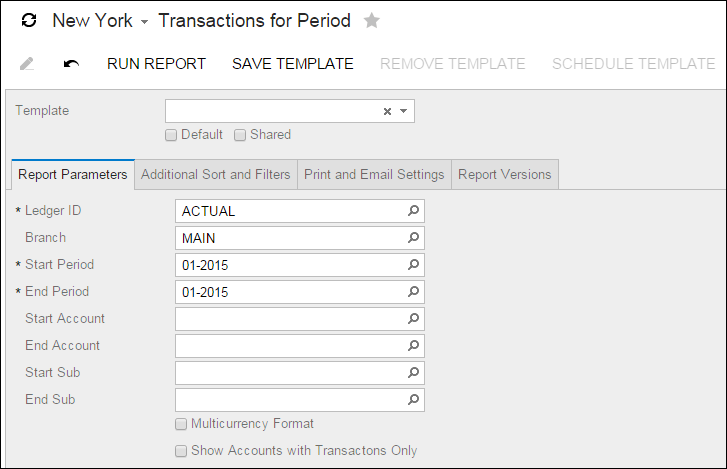 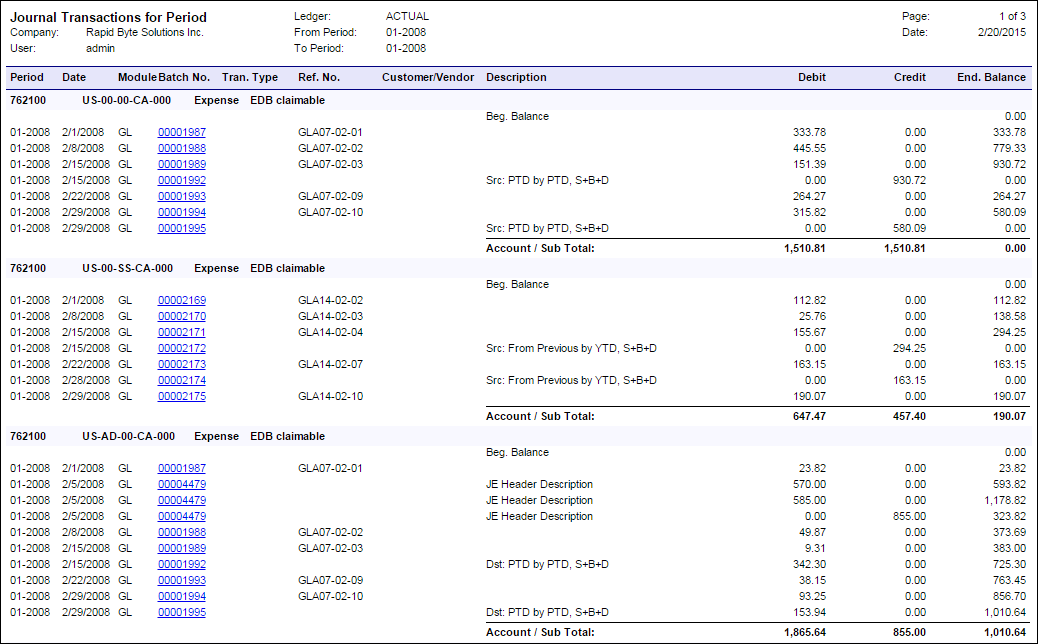 I went through the DAC relationships on the Relationships tab in the Schema Builder window and came up with the following graphical representation: 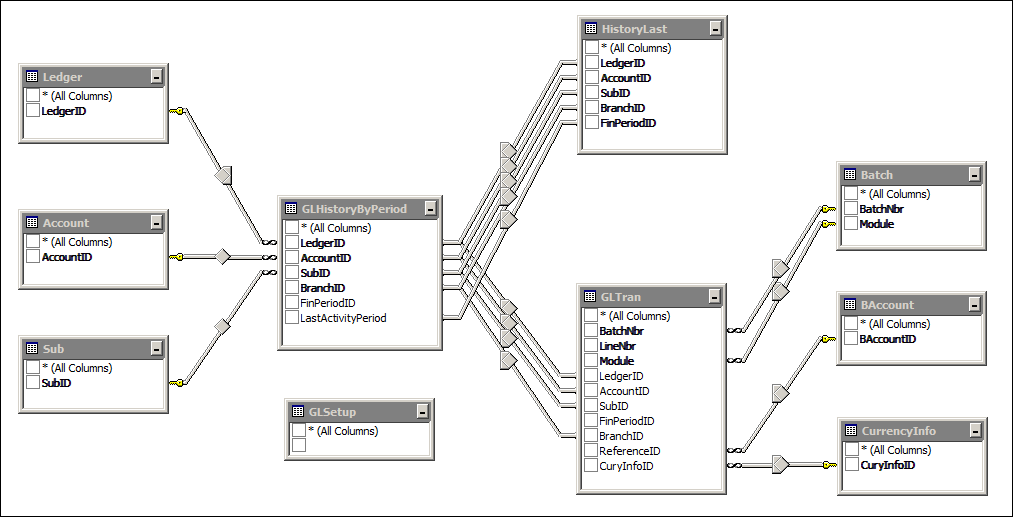 Here is a snapshot of the filters that are being used in the report: 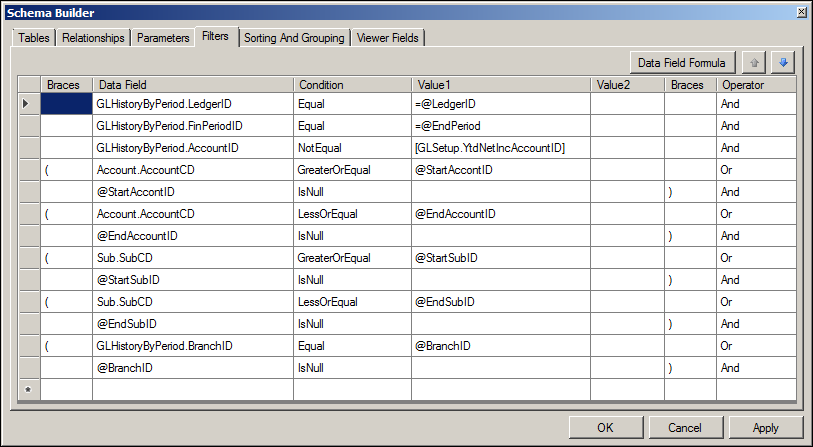 There is only one group on this report, but it involves two fields: