A few months ago, Christian Lindberg posted about Acumatica and the Millennial Generation (formerly known as Generation Y).

It reminded me of the Esurance commercials, “born on the web, raised by technology” (click here). I like his point that “Acumatica’s technology was built from scratch in the millennial years.” Acumatica is not an older product getting a Facelift or a Botox injection.

Acumatica was born less than 10 years ago: it’s brand new. Yes, that means it isn’t as mature as the older ERP products out there, but it does have the strength and vigor of youth, born in an age where computer applications are built for web browsers, not for operating systems.

I barely squeaked into the millennial generation (I was born in 1981). So, I’m old enough to have had early childhood years full of playing outside (year-round since I grew up in San Diego). We rode bikes and roller blades, played roller hockey and football in the street, and played baseball in an old neighborhood dirt lot using a ball made of old socks and duct tape. We went camping, fishing, played in the sand at the beach during the Summer, played in the snow in the mountains during the Winter, and generally went around without wearing any socks or shoes.

However, I’m young enough to have spent my later childhood years playing a lot of video games: Nintendo, Game Boy, and Sega Genesis. Eventually, we would alternate between spending a few hours outside and then spending a few hours inside playing video games. Occasionally we would even go to the Wunderland arcade down the street where you pay $5 and then play free arcade games for as long as you wanted (we couldn’t last much longer than a few hours). Alas, sometimes I wish we could go back to the days before video games and computers. It was so much fun playing outside and so much more healthy.

I was introduced to technology at a young age. By the time I cared to record things in a calendar or an address book, I had an Apple eMate (click here) compliments of my mom who worked for the school district and got to test out new technology. I used the eMate to record calendar events and friends’ addresses and phone numbers (not really any email addresses or cell phones yet).

I couldn’t wrap my head around the idea of recording people’s names in a paper address book. What happens if you write down Joe Brown, put John Bueller in the next slot, and then later meet a new friend named George Budnick? If you put George on the next page in the address book, it won’t be in alphabetical order anymore!!!

When I first started writing essays in school, I would compose them on paper and then type them into the computer.

After about a year, I skipped the writing and just typed directly into the computer. In elementary school we had a bus that acted as a mobile computer lab. It would come to our school once a week. That’s where I learned how to type on a keyboard using both hands and, more importantly, how to hunt for deer in Oregon Trail (click here).

Acumatica began in 2008 as a web-based ERP/CRM application build from scratch on modern technology. This was still early on in the career path of a millennial.

If you are in the Millennial generation and you have been tasked with finding a new ERP system for your company, Acumatica is what you’re looking for.

Why? Because Acumatica is ERP for Millennials. 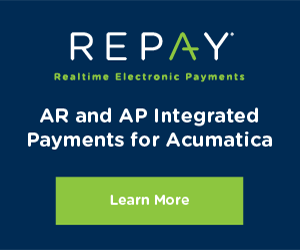