Quick intro from Tim: I was thrilled when Brad asked me last month about doing some guest posts here on the blog. We first connected about a year ago through the blog and have kept in touch ever since. I mentioned him recently on the bottom of the What is Power BI post. Unlike me, an Acumatica reporting hobbyist, Brad is actually using Acumatica, Excel, and Power BI in the real world. I’m looking forward to hearing his real world experiences in this and future posts. Take it away Brad!

“Brad, for God’s sake, don’t VLOOKUP so much! Brad, you hear me? You gonna be #REF like the last column!”

Greetings all, my name is Brad Kostreva, roughly pronounced Brad Kerstereereesvo apparently – though mostly by my Uber drivers. Tim Rodman has been gracious enough to allow me to guest post here and there on his blog about my experiences using Acumatica, and some tips and tricks I’ve learned along the way, as well as perhaps some challenges that I’ve hacked through, or even could still use some advice, guidance, or sanity checks to overcome.

Some ideas I have for my blog entries here include:

The pieces are all in place. Acumatica is the ERP solution, Odata is the transport protocol, Excel is the analysis tool, and Power BI is the presentation. I’ll touch on all these and more (until Tim tells me he’s heard enough from me)!

Credit where credit’s due – I’ve learned a TON from Tim himself and his journey as a Perpetual Acumatica Learner and here at augforums.com over the last year. If you’re not following him on Twitter or LinkedIn, get on that. 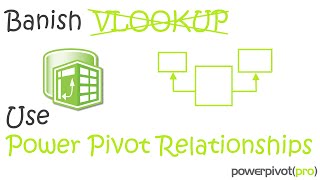 Rob Collie’s DAX Formulas for PowerPivot (I own 1st Ed, but 2nd Ed is on its way) probably taught me more on constructing  and combining data via DAX for Power Query and Power Pivot in a manner that is directly applicable to use cases. Between his and Avi Singh’s posts (as well as guest posts) on PowerPivotPro.com, they take that to the next level with up to date and timely information on the Microsoft toolset that unlocks the data in Acumatica and makes it usable.

Microsoft’s Business Intelligence Team – If you’ve ever used PowerBI.com or the PBI Desktop and wanted or needed any help, they’ve been extremely responsive to customer input and feedback, as well as assistance should you ever click the “frowny face” in the applications.

So look for these and other posts from me on occasion here at augforums.com!