Getting Started with Acumatica and Power BI. In this example, comparing # of Customers, # of Invoice Lines, and Total Sales Amount in your Acumatica data.

Are you using Acumatica?

Have you heard about Power BI, but aren’t sure how to get started?

In this blog post series, my goal is to help you get started.

Have you ever tried comparing two numbers together?

But what happens if you try to compare two columns of numbers across 12 months? Now you have 24 numbers to look at. Maybe something like this: 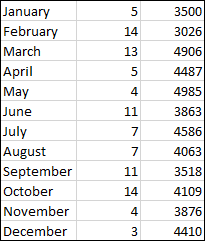 Great. Lots of numbers, but it’s kind of hard for my brain to wrap it’s “head” around them all.

What you really need is a graph to keep your brain from getting overwhelmed by too many numbers.

Graphs (sometimes called Charts or Visuals) are great because they give you a way to take in a lot of numbers without making your brain hurt.

If you were to graph the first column of numbers above, it would look like this: 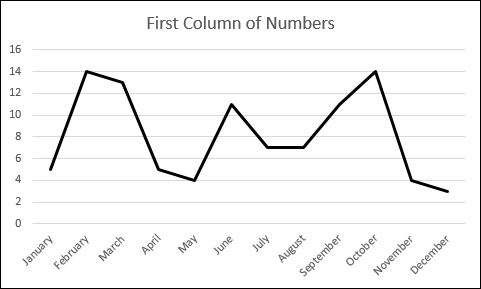 If you were to graph the second column of numbers above, it would look like this: 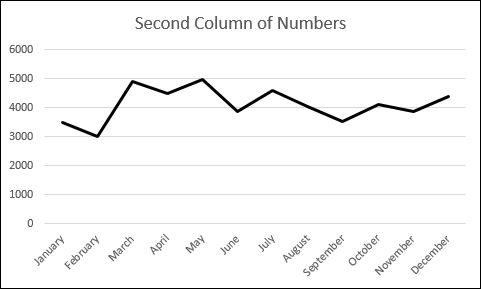 Ah, much better. I can quickly “see” how the numbers change over the 12 months.

But graphs do have a problem. They only have 2 dimensions. There is an X Axis and a Y Axis.

The problem comes in when you have two very different sequences of numbers.

This becomes a problem when you try to graph both columns of numbers on the same graph. It looks like this: 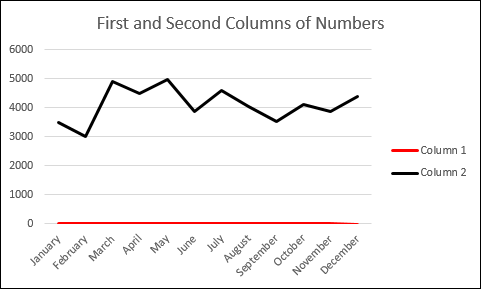 What happened to the first column of numbers? Well, I made it red so it would stand out. You can see it on the very bottom.

How do we solve this problem? We can “index” the values by calculating each value as a percentage of the largest value.

To illustrate this, I created a Power BI example based on the Acumatica SalesDemo database.

Here is the Power BI example. And it’s interactive so you can hover over the points on the graph or change the year down below to see what the data looks like in different years.

Pro Tip: Hold down the Crtl key on your keyboard to select multiple years above.

A few things to note about this Power BI example:

Connect This to Your Acumatica Data

Are you curious to see what this Power BI example looks like on your Acumatica data?

First, you need to download and install Query Quarry since this example is based on Query Quarry. Click here and scroll to the bottom for instructions. 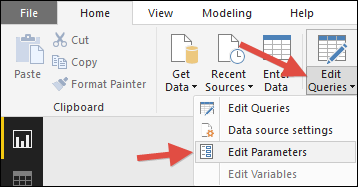 Change the Instance parameter to your Acumatica Instance URL.

Change the Company parameter to your Acumatica Company. It should match the company name shown after the @ symbol in the upper right-hand corner when you’re logged into Acumatica. If there is no @ symbol after your username when you’re logged in, then it means that you only have one company in your Acumatica instance so you need to leave the Company parameter empty. 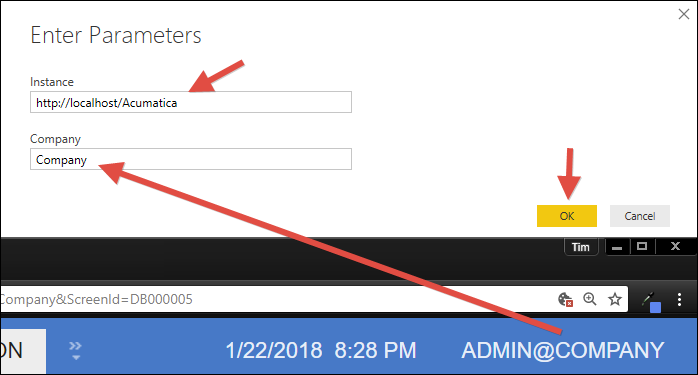 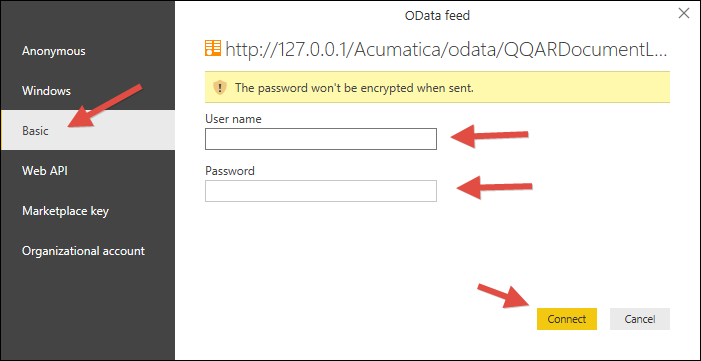 You should now be looking at this Power BI example with your own data. Cool huh?