Acumatica has a new blog post up. I really like this post because I didn’t know that such a matrix ranking even existed for mid-market ERP products. This is good stuff! I downloaded the entire 13 page report and read it very carefully. The report includes a write-up on each vendor included in the matrix.

A few of my random thoughts: 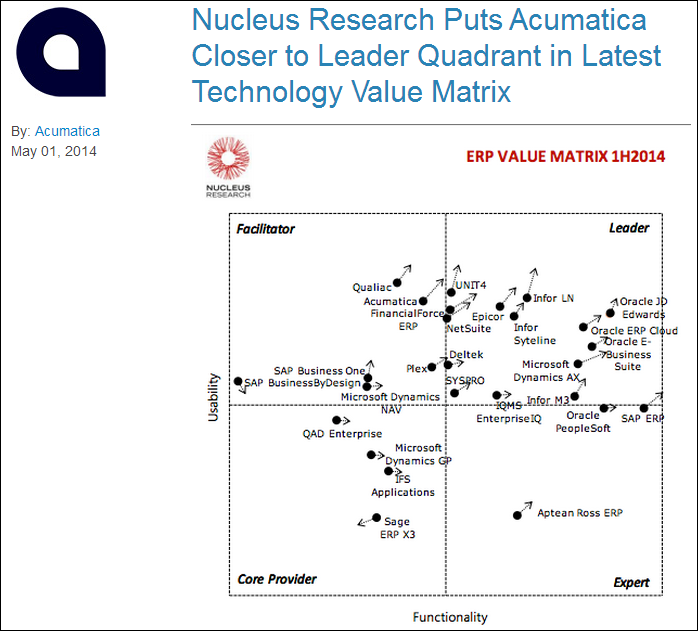