My experience joining Aktion Associates, an Acumatica partner headquarted in Ohio, with offices spread out all over the United States.

On August 1st, 2018 I started as an employee at Aktion Associates. And I hope to be an Aktion employee for many years to come. 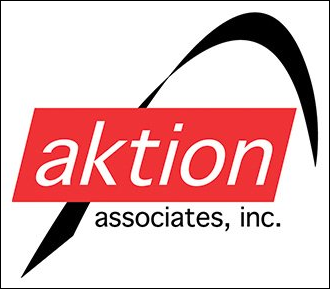 I have worked at four different companies in the last three years. That amount of change is not good for the resume. But I don’t regret it.

Three years ago I was working at The Robbins Company in Cleveland, Ohio. I had been working there for 4.5 years. Great place to work, great people, etc. But I was running out of things to do and it was time to make a change.

In September 2015, I went to work for Acumatica. It made sense. I had been learning the product and blogging about it for two years, Acumatica was gaining momentum in the market, and Acumatica had an office in Columbus, Ohio where I live. Perfect fit.

Three months later, in December 2015, my dad was diagnosed with dementia at the age of 59. Not Alzheimer’s, but something very similar, except that his form of dementia moves a lot faster.

During the past three years, I have traveled back-and-forth between Ohio (where I live) and San Diego (where my parents live) more times than I can count.

In April 2017, I left Acumatica (click here) and went to work for Eldermark. And I took a pay cut to do it. The reason? I wanted a job that was 100% remote. It was the most important thing to me because I wanted to be able to fly to San Diego whenever needed. Also, my wife and I weren’t sure if we would need to move back to California because of the situation. And we almost did.

In the past 12 months, my dad has declined a lot. This Summer we moved him into a Memory Care facility, and we know that he won’t be alive much longer. There were a couple of times in the past two years where my wife and I almost moved back to California. But we held on here in Ohio and managed things with a lot of flights, something that would not have been possible without a remote job. I am so incredibly thankful for having the ability to work remotely, especially knowing that most people aren’t so fortunate.

So I have worked at four different companies in the last three year. But I wouldn’t have done it any differently. My dad is way more important than my career.

At this point though, I now know that we can be in Ohio for the foreseeable future and we don’t need to move back to California any time soon.

So, when I saw an opening come up at Aktion Associates, I inquired. Aktion is one of the largest Midmarket ERP consulting partners in the country. They have a large base of existing customers and they have a rapidly expanding Acumatica practice. It’s also nice that they are headquartered here in Ohio up in the Toledo area, an easy drive so I can get face time on a regular basis, but far enough that I can still work remotely.

I hope to be an Aktion employee for many years to come.

I had already worked with Aktion Associates on a project a few years ago when I was at Acumatica. I had a good impression of them then. And now that I have been working at Aktion for about a month, I have an even better impression.

One thing I like about Aktion is that they have been laser-focused on the Construction, Distribution, and Manufacturing industries for a long time. I really enjoyed working for a Manufacturing company back when I worked at The Robbins Company (click here) because I liked working for a company that made real things. I like the “atmosphere” and people in these industries. And Acumatica is a perfect fit for all three of these industries.

But the main thing I like about Aktion is the company culture which I think can best be summed up by the Aktion Mission Statement and Vision Statement which is taped to the wall in my office:

Aktion Mission Statement (with my underlines): To conduct ourselves in an ethical and trustworthy fashion in all matters. To make a profit for the benefit of customers, employees, and the owners by providing high value goods and services. To provide a challenging and rewarding environment for our employees that promotes personal and professional growth. To enjoy life in the process.

Aktion Vision Statement (with my underlines): Aktion Associates will be the most sought after IT consulting firm by small and medium businesses in the territories we select. We will be a company with the most satisfied customers and employees in the industry.

Aktion is a really good fit for me. I believe that it’s the right move at the right time. And I’m very grateful to be here.

A Word About AUG, An Acumatica User Group

Since this is my first time working for an Acumatica partner, some of you may be a little nervous about the future of AUG, an Acumatica User Group (click here).

AUG is also a way for us to build an Acumatica Knowledgebase. Back in 2008, I learned that Googling was the best way to find information about Dynamics GP. AUG was built with Google in mind.

So I just wanted you to know that I have no intention to turn AUG into an advertisement for Aktion Associates.

AUG will remain an open community where we all can continue to learn more about Acumatica from each other and slowly build an Acumatica Knowledgebase that can be easily searched using Google.

I remain committed to AUG and I endeavor to spend time on AUG every week. This is a long-term commitment. 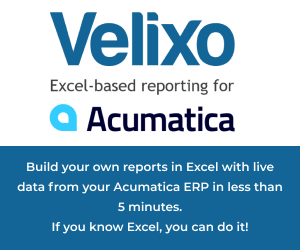